It is a great honour for the University of Miskolc and the City of Miskolc to host the 14th European Universities Basketball Championship and the 16 men’s and 12 women’s university teams.

Please let me welcome you to the city, where nature and man have created several miracles. Miskolc is the fourth largest city in Hungary, with about 160,000 inhabitants, is an economic, educational and scientific centre of the northern region of Hungary, and is famous for its sport and culture-loving people. Basketball is known to have a considerable tradition in Miskolc, since our local women’s team is a top team in the first league and a regular participant in international tournaments, while the local men’s team – actually the Miskolc University Sports Club – is one of the best teams in the second league of the national championship. We can proudly say that Miskolc hosted the U18 European Basketball Championship Women in 2013 and 2011, and the U16 European Basketball Championship Women in 2012 – the success of these events has improved the sports infrastructure and allowed us to put together an outstanding organising team.

As the Chancellor of the University of Miskolc, it is a special pleasure for me that during this event so many students – talented and successful in both sport and education – will visit the campus of the University of Miskolc. Our campus is a city within the city of Miskolc, and is unique in Hungary in this respect. The constantly renewing and dynamically developing institution not only strengthens the regional role and influence of Miskolc, but directly contributes to the economic and social revitalisation of the city and the region. The university continues to enrich values through its educational and research work, worthy of its 270-year history. The modernisation and development of the university infrastructure continues, creating a modern environment for the almost 10,000 students in the eight faculties of the institution.

I wish all of you a good competition and I hope everyone leaves Miskolc and the University of Miskolc with unforgettable experiences and memories!

President of the Organising Committee

“A society that has healthy and athletic intellectuals
is healthier and more successful.”

On behalf of the Hungarian University Sports Federation it is a great pleasure for me to greet and warmly welcome all athletes, sports leaders and fans, in short everybody, who is interested in the 14th European Universities Basketball Championship organized by University of Miskolc in Miskolc, Hungary! The city of Miskolc, an economic, educational and scientific centre of the northern region of Hungary, a real student-city is ready to host this significant university sport event.

It is well-known that cultivating sports has many positive effects. Among those benefits the most significant ones are the roles played in healthcare and education. The simplest and unquestioned reason for supporting sports is that the human being is created for physical activity by the evolution itself. Our body needs regular physical use in order to avoid effects, which lead to negative developments both in individuals and in the society. Of course, there are a lot of sports that one can choose and many of them are really excellent. But for me – especially as a former basketball player – basketball surely belongs to the most attractive ones: the  most popular university sport, where the elegance and strength of the movements, the excitement of both team work and personal struggle, and the pleasure of hard and fair competition touch and satisfy our very deep expectations in connection with sport!

Hungarian university sports has traditionally hosted and participated in international events in the last decades. I just remind you the organization of the VIth World University Games in 1935 and of the IVth Summer Universiade in 1965. The importance of international university sports for our country is also demonstrated by the fact that already 12 World University Championships and 2 European Universities Championships were hosted in Hungary.

The Organizing Committee and its partners do their utmost to organize the 14th European Universities Basketball Championship in a professional way, on high level and  with many participants and spectators! I wish you successful and fair competitions! I hope that you all will have good time in Hungary and after the Championship you will leave the country with unforgettable memories and new lifelong sport-friendships! 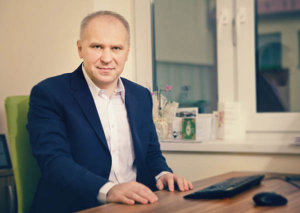 I am happy to greet you at the 14th European Universities Basketball Championship in
Miskolc, Hungary!
On behalf of the whole EUSA community, I would like to express my gratitude for inviting European student-athletes here. It’s a wonderful occasion to be together and experience the beauty of sport. I am pleased to see so many sport lovers, who share values of Fair Play, equal opportunities and education, promoted by EUSA.
European Universities Championships 2017 organized in 19 sports make it possible for student-athletes to get to know each other and challenge their skills in a friendly atmosphere. During such events we do more than just sport – we broaden our horizons, get to know other cultures, we promote healthy mind in a healthy body.

Being an organizer of such an event is challenging but rewarding. I know it’s a hard task, and I want to express my appreciation to the Organizing Committee and its partners for the great job they have done. And of course, my gratitude to the Authorities for their auspices of this event.

I believe that this Championship will bring the participants positive experiences and good results. I am sure that the athletes will complete in a Fair Play manner, respecting the rules and their opponents and please the spectators with their performance.

I hope you will enjoy your stay, your achievements and your time spent in Miskolc!
Good luck!